I Don't Have A Large Family Because NFP Failed

When I first mentioned to a few select family members other than my husband that we were looking into Natural Family Planning (NFP), I got raised eyebrows.  Then, a sigh.  Finally, the joke, "You know what they call Catholics who use that, don't you?"  <slight pause> and then, "PARENTS!!!"
When I tried to get information about NFP from the nurses and doctors towards the end of my pregnancy with my first child, I was met with resistance.  I learned the majority of the medical community's opinion over the next few weeks and months:   "Well, that's really not reliable..."
When I mentioned it at my postpartum follow-up, I heard, "Well...here, just take this prescription, it's a low-dose birth control pill.  You'll be much happier with this method."
Over the years, I have heard grumblings -- both within and outside of my family -- whenever a new baby is announced.  No one in the immediate family ever has the guts (or maybe they are just smarter than this) to ask us if a child was planned or whether it was a surprise.  But plenty of folks outside of my immediate family (this includes a couple of uncles) have hit us with the typical, "Did you do that on purpose?" or something along those lines. 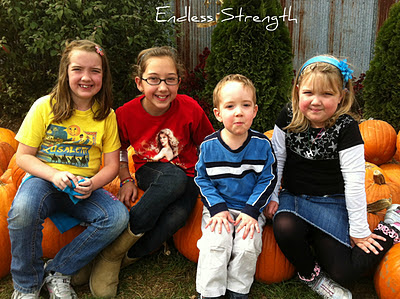 It's occurred to me that there are plenty of people who see my family with five children and figure, "ah heck...that NFP stuff doesn't work, see they ended up with FIVE kids!"
Here's the thing.  I can't speak for Craig completely on this, but I remember going through the NFP classes thinking..."I'm gonna learn this so well, that we're never going to have an unplanned or surprise pregnancy!  We'll have our two (maybe three) kids and show the world that this NFP stuff DOES work!"
But something happened on the way to that place...
Viewing NFP strictly as behaving this way or that during a particular time of the woman's fertility cycle has XYZ% chance that  baby is or is not conceived is something most people can wrap their heads around.  Going into this, I clung to an idea that children were what we decided to have and then decided to stop having after which we would move on with life. 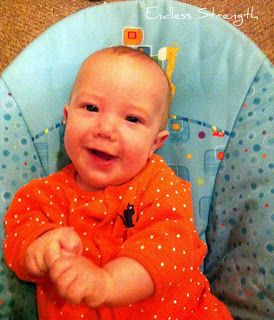 Regardless of the number, each fits into the framework of life in the degree to which life is opened to them.
Using NFP opens the marriage up where it might not already be open.  For me, using NFP changed my worldview.  I stopped seeing my children, and the number of them, as something over which I had complete control.  I began to see children and marriage in a combined and expanded light.  I began to see our marriage and family not as a finite and firm circle with only so much space and time, but as more of an extension of Parkinson's Law.  Parkinson's Law states that "work expands to fill the time available."  So a variation that might apply to the family is that LOVE fills the SOULS available to give it.
Or something like that.
I didn't head into marriage with the idea I would have children at all.  And I didn't head into the addition of NFP to our marriage with the idea that I would have five children.  I have a hard time feeling like we're completely done having children until I reach the close of my fertility.
But there is something I can say with absolute certainty:  I don't have five children because NFP failed.  Not once.
I have five children because God gave me five children and, by God's Grace, I was open to receiving them.