She huffs; I puff.
I sigh; she mopes.
I yell; she yells back.
She bosses her younger sisters; I scold her and remind her there's only one mom in this house.
She desires my approval; yet she also wants some freedom and independence and room to make her own choices that don't require my approval.
She wants my hugs and kisses and attention.  Often, I want some space and a reprieve from her pouty demeanor.
She wants to talk about purses and shoes and shopping.  And she plays this game called "Pageant" at recess.  She loves fashion and accessories.
I'm scared.
Because I don't know how to do this.  I don't know what to do with a pre-teen girl.
How do I navigate these tween years that will turn into teen years all too fast?
How do I love my daughter and raise her and support her as she grows to be the woman God plans for her to be?
How do I prepare myself to love who she turns out to be even if it's not who I envisioned?  (does that even make sense???)
How do I get through the next 8-12 years and come out on the other side with a relationship filled with trust, respect and love between a mother and a daughter?
She's so sensitive to everything that I say; yet there are times she acts like she doesn't hear me or she couldn't care less about what I have to say.  For a couple of years now, Sarah declined to hold my hand if we were walking into the store or down the street.  But last week, when I took her to the KU game, she surprised me by taking my hand as we walked from the Fieldhouse to the car after the game.
You see, it seems we are in this position where she's still a little kid and, at times, will admit it in one way or the other, and allow me to mother her like she's still a little kid.  But then it seems we are in this other position where she's still a little kid, but she thinks she's a big kid who wants to brush me off and be able to do something independently.  And occasionally, it seems we are in this position where she thinks she's all grown up with her grown-up tastes (so she thinks) and grown-up opinions and thoughts.  In my brain, I know she needs the space to express herself.  But at these times, it seems, I find myself recoiling from her; resisting the urge to scold her and "put her in her place" either with my words or my actions.  Sometimes I succeed in resisting...other times, I'm not so good.
And it is at these times, when I think that I must almost crush her as she is trying to spread her wings a little bit.  And the fear almost overwhelms me.  I want Sarah to enjoy talking to me and share her opinions and express herself to me.  I want to KNOW who she is probably almost as much as SHE wants to know who she is.  I worry when I make mistakes that cut off the opportunity for her to show me who she is and what she thinks because I decide to interject what I think or believe about this or that.
Yeah, these days there's a lot of huffing and puffing going on.  And there's a lot of sighing and moping going on.  And there are many power struggles playing out. 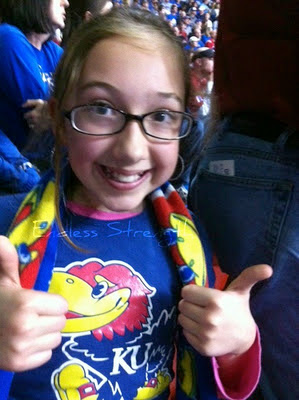 My prayers this Advent seem centered on this particular challenge of motherhood -- Prayers for patience and fortitude and perseverance and temperance and wisdom.