--- 1 ---
How is your Lent going?  Oh.  Wait.  Is it too soon to be asking about that?  It's funny, Lent is one of those times when I get all gung-ho about doing something, and then my balloon pops when it's barely gotten off the ground.  I was going over my Lenten observances with the girls on Wednesday and I mentioned not grabbing restaurant food when I was too tired to cook.  My intent here was not to avoid a treat for special occasions...it was to literally not take the easy way out when I haven't planned ahead...an effort to plan.  Ahead of time.

So, Helen hears me say all of this and the alligator tears come rolling out of her eyes and she says, "BUT MY BIRTHDAY IS IN LENT!  AND I WANTED TO GO OUT TO EAT FOR MY BIRTHDAY!"  Of course, with the intent of my Lenten sacrifice being to plan ahead and not necessarily for special occasions (like my baby girl's 6th birthday, for cryin' out loud!!) I had to calm her down and make sure she knew that her birthday would not pass by uncelebrated in a manner fit for a 6 year old.  Oy.


--- 2 ---
Speaking of that.  Yes, my baby girl is 6 years old.  I'd say that it shocks me...but I'd be lying.  The truth of the matter is, there's been a lot going on since she was born.  Let's see, I actually nursed her for 5 months (a feat of epic proportions, I promise you!); I ran a marathon (when she was 15 months old!!); I switched jobs and I've had two more children.  Suffice it to say that it does not surprise me that 6 years have gone by.  But I will say that when I look at Helen, I feel like I'll always see her just as she is right now...she's incredible.  And I love her so much. 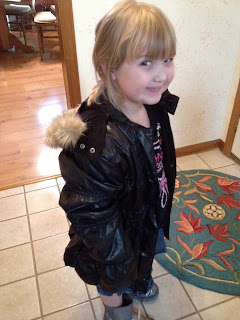 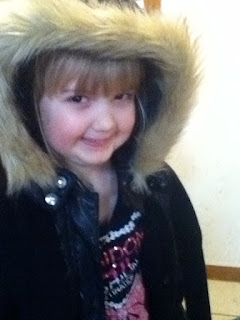 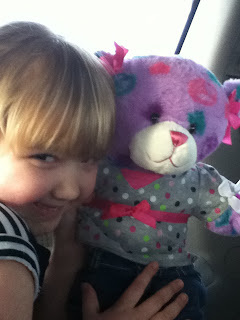 --- 3 ---
School Registrations are due March 1.  Due to some fortuitous events in the financial department, I was able to get my forms in with full payment a week early!  Yay us!  It's always a load off my shoulders getting that done.  What's really strange...it felt weird writing up the registration for Dominic.  I'm going to have one kid in middle school, two in grade school and one in preschool next year.  Wow.

--- 4 ---
The posts are starting to come in for the Blog Hop hosted by Rebecca at The Road Home and me.  There are some amazing stories out there.  I hope we get lots and lots of stories.  While I'm highly doubtful that the mainstream media, the politicians or the government will actually acknowledge us out there, it's very important that Catholics find the information in whatever medium they can be armed with knowledge to know what the Catholic church teaches.  There's a lot of ignorance out there - among Catholics as well as the general public - but knowledge is power.  I pray that Catholics will seek to KNOW their faith and LIVE their faith!
--- 5 ---
There are five finalists in About.com's About Catholicism Reader's Choice awards.  And Jennifer Fulwiler's blog Conversion Diary is one of them!  Actually all five of the blogs up for the award are fantastic, but I cast my vote for Jen's blog already.  Go vote if you haven't already!  And if you're not sure about them, show Jen some love!


--- 6 ---
Remember when I was finding Grace in the middle of the night?  Well, I wonder if God was just waiting on me to find it so I didn't have to look for it anymore.  Because since I wrote that post, Vincent has awakened in the middle of the night one time (and it was just this past Wednesday night and Craig grabbed him and tended to him since he had just gotten home from work).

Of course, I'm mentally "knocking on wood" and crossing my fingers and wondering if there really is such a thing as a jinx now that I've told you about it.

Finally.  Tomorrow at 3:00 p.m., I will be helping to ROCK ALLEN FIELDHOUSE! 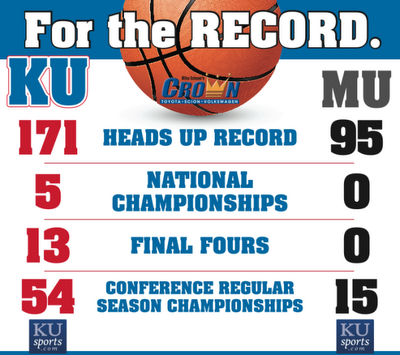