Why I Kneel to Receive the Eucharist

As you most likely know if you're a Catholic (especially if you've been to Mass this Liturgical year) there's a new translation that we are all adapting to.  With respect to the reception of Communion, there used to be some language in the General Instruction of the Roman Missal (GIRM) that made it seem as though it were in the very least strange, if not outright wrong to kneel to receive Holy Communion.  I found this blog post to discuss what has changed with regard to the GIRM and the gentler language around this particular point of emphasis.
Kneeling has always been the Universal Church's posture for the reception of Holy Communion.  An exception was made in the United States insofar as in our country, it is "the norm" to receive while standing.  The fact that the exception is spelled out as such lends an understanding to the fact that the norm EVERYWHERE ELSE outside of the United States is not standing.  Americans have this funny knack of thinking the way we do something is the way EVERYONE in the world does something.
I didn't always kneel to receive Holy Communion.  As a matter of fact, I never had the option until almost 2 years ago when our current priest and pastor arrived at our parish and installed a kneeler at the base of the altar and explained it was there for the purpose of kneeling to receive Holy Communion. 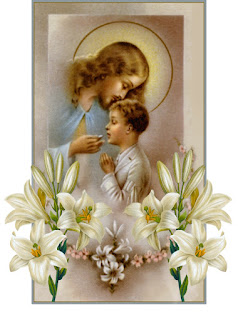 It has been about 10 years since I began receiving the Eucharist on the tongue, as opposed to in the hand.  From the reception of my First Holy Communion until the age of 29, I received in the hand.  It was the way most people receive, I think (I try not to watch most people receive Communion and really try to focus on my prayers at that time).  One would think they'd have a bit more control and take care in this form, but I am not so sure.
When my reversion to a deeper commitment to my faith took place when I was 28, I began looking up to other Catholics who could help me on my way to being a better Catholic.  One of the things I noticed about them was that they all received our Lord on the tongue.  They went to a more traditional parish than I did, but when I visited their parish for Mass, I felt a bit out of step receiving in my hands.  Over time, I began to feel as though I didn't want to touch the Eucharist with my fingers for various reasons, but the most practical one was that I became convicted about the fact that Jesus is truly present - Body, Blood, Soul and Divinity - in the Eucharist.  And because I believed that with my whole heart and soul, I began to worry about things like dropping the Eucharist and spilling the Precious Blood.  If the Eucharist is placed directly on my tongue which brings our Lord directly into my mouth, the opportunity for bungling is pretty small.

As my reversion was occurring, I was commissioned as an Extraordinary Minister of Holy Communion (EMHC), and as such had never felt comfortable distributing the Host anyway, but I watched with horror (at times!) that most people approach the Blessed Sacrament as though it is no big deal, and I would have to take great care to ensure the Precious Blood was not spilled as people sometimes jerked the chalice from my hands!  It troubled me so much to see how irreverently many faithful would approach the Blessed Sacrament.  (Shortly into my reversion, I asked to be removed from this commission.)
I began receiving on the tongue in a standing position in the spring of 2002.  It made sense anyway since I was usually carrying Sarah in my arms in the Communion line and this, again, made it less likely that I would drop the Holy Eucharist.  Over time, it has become the only way I feel comfortable receiving our Lord.

This can make it awkward when visiting other parishes, because most Catholics do not receive this way.  I've had awkward moments face to face with EMHCs and even a couple of priests.  But all in all, it's gone off without a hitch and I'm happy to report that I have never dropped our Lord in the process and while the EMHCs (and a couple of priests) have given me awkward looks or seemed to feel uncomfortable, they have always been able to accommodate, as they should.
When our priest installed the kneeler and welcomed us to kneel to receive the Holy Eucharist, I was almost in tears with joy.  Receiving on the tongue would be so much simpler from the kneeling position.  From the kneeling position, I need only look up to view the Eucharist, my mouth would be in the perfect position and height for the priest to be able to say, "The Body of Christ" and still be able to see me answer "Amen" and then place it on my tongue.  No awkward reaching up (should I be taller than the priest) and he would be able to see that I consumed the Host fully and immediately.  Being able to witness this is necessary for the priest as it is his responsibility to ensure the entire Blessed Sacrament is fully consumed by the Communicant.
But because logistically, it is easier to kneel to receive Communion on the tongue, that is not why I do it.  I kneel because that feels like the perfect posture when a person believes they are about to receive the Lord Jesus Christ, Body, Blood Soul and Divinity into their own body.  I am receiving God.  I think that if I truly believe I am receiving God...I don't see how I could believe I should stand shoulder to shoulder with Him.  Jesus is my Lord and Savior.  He is my King.  To Him all my homage and adoration is due.
Kneeling is a humble position.  When a person is kneeling, they are unable to get up quickly to run or walk away.  When a person is kneeling, they are in a position of submission.  And where should we be the most humble, than when we are receiving the greatest Gift our Lord makes present for us in the Holy Eucharist?
I kneel and receive the Holy Eucharist on my tongue because I do not feel worthy to stand toe-to-toe, eye-to-eye, with God.

I realize I will not have the option to kneel in every parish (I'm most likely not going to kneel on the floor...I have seen some folks do this...I'm not sure I'm ready to do it if it looks like it would cause a scene.)  I feel very blessed to attend a parish where this is accommodated easily.  I love that my children will be allowed this accommodation for their First Holy Communion as well as going forward (it's the expectation at our school that this is how the children receive at the weekly all-school Mass).

How do you receive and do you have any particular reasons for doing so?