Since I mentioned it in my quick takes last week, I thought I'd let you all know how awesome this blogger world is. Cari's fund drive for Dwija's laundry room got close to (if not over) $10,000. That's just way awesome. And it's a great example of a lot of people doing a little bit of something to make a really big thing happen.

Independence Day around these parts was fun, but not over the top. Craig and I got to Crossfit to get our workout in. It was a "Partner WOD" so Craig and I partnered up to complete it together. I thought we did pretty well. Did the Rx for women (that means we didn't scale on the deadlifts...or I didn't. Craig's only just out of Foundations, so he did the Rx for women's weight with me and did great!)

So, we basically had to do As Many Rounds As Possible (AMRAP) in 1776 seconds (which is 29 minutes 36 seconds). The circuit was 4 Deadlifts (115 pounds), 7 Burpees, 13 Medicine Ball situps, partner style, and then 400M Run carrying the medicine ball. Craig and I switched off which one of us carried it each round. We did 6 rounds in the allotted time, which meant we each carried the ball 3 times. It was the kind of workout where you don't realize just how hard you are working until you're done!

The WOD Wednesday night was one of the "named" WOD's and it was Randy. That means it was 75 Snatches for time. (My time was 6:41.) I scaled the weight (I did 35 pounds, but Rx was 55 pounds) since I am still pretty new to the movement, but when I got done I realized that I probably ought to have done the Rx weight because I pretty much have the movement down. At least that's what the coach told me.

After our workout on Independence Day, we got some sorely needed housecleaning done and the grocery shopping. Then Craig and Vincent took a nap. Naps....ahhhhh. I watched the Royals pull out a great win by coming from behind with a Grand Slam in the 6th followed by another homerun. They had to come back again in the 8th (???) And then they closed it out winning by 3 runs. Yay Royals!!?
--- 5 ---

We took the kids to Oceans of Fun, intending to stay at Worlds of Fun until the fireworks. But, let's get real. A 2-year-old (especially one named Vincent Hughes) and hours hanging out at an Amusement park where they can't ride anything just does not mix. We spent max time at Oceans of Fun -- I'm realizing THAT park is much more fun for my kids than Worlds of Fun -- then Craig and Sarah rode the Mamba and then we left, went to dinner and came home to watch some fireworks on TV.

I've got some great pictures from Oceans of Fun: 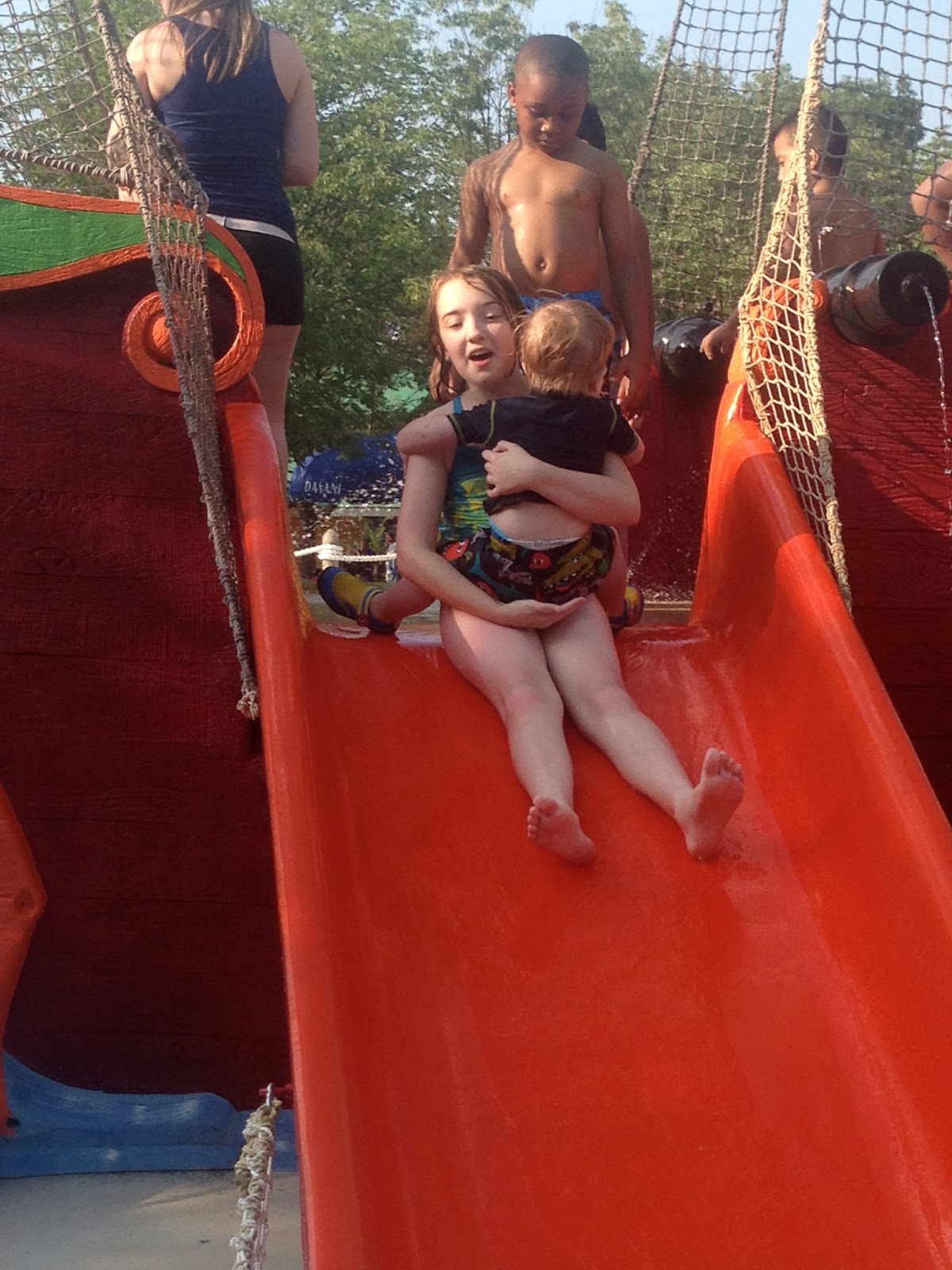 
Work should hopefully be quiet today since there was the holiday yesterday and the weekend tomorrow. Hope I didn't just "jinx" myself as they say! Have a terrific weekend!!


Have a terrific weekend and be sure to go check out Conversion Diary for more 7 Quick Takes Posts!