How This Mom Survived a First-Ever Pageant Weekend

I had no idea what adventure was about to begin when we received an invitation in the mail for Helen to attend an “open call,” back in April. I filed the paper, went to the online web address and entered the information accepting the invitation. When we found out Helen had been selected as a “State Finalist” and would indeed have the opportunity to participate in the pageant, it changed the game up a bit.


Here are five things I did to survive this experience with my daughter's self-esteem and dignity intact:

I decided to work with Helen to settle into our definition of success. Of course, if Helen won the pageant, it would be a huge success by any standard. But given the fact we had never participated in something like this before, I didn't want that to be how we determined success. I decided early on that this would be a successful endeavor if Helen had a positive experience.

I didn't think about this initially, but over time, I decided I wanted to avoid disappointment and tears. Based on the ways Helen's overall score would be determined (Personal Introduction given to a room full of people she would not know, on stage, with a microphone and a spotlight; Interview; Modeling a formal dress onstage, again with a spotlight), I was sure to let Helen know that I believed the simple fact she completed each of these tasks was a success story!

I wanted Helen to come up with her own words to introduce herself because I wanted her to fully commit to whatever she was going to say on stage in front of many people she didn't know, with a microphone in her hand and with a spotlight shining on her face. I also wanted her to be able to remember it.

While we prepared for the interview part of the pageant, we focused on the interview questions provided to us in pageant information packets. I encouraged Helen to come up with answers that kept a conversation going. For instance, one of the questions was, "What is your favorite animal at the zoo?" When Helen told me the zebra was her favorite, I encouraged her to come up with an answer like, "My favorite animal is the zebra because..." and she would tell me why the zebra was her favorite.

And, as far as formal wear was concerned, I knew the First Communion Dress that Helen would wear this coming school year was formal enough and would look fabulous on her. I also figured she would be most comfortable in socks and shoes she is accustomed to wearing, which meant cute, lacy/frilly socks and white shoes with little-to-no-heel that covered her toes. Items appropriate for a 7-year-old, in other words.

The point of all of that was to help Helen feel as much like herself as she could while doing some things that fell very much outside her comfort zone.


CONTINUE TO COMMUNICATE OUR VISION OF SUCCESS

When working with Helen in the days leading up to the pageant, we talked about how she would be successful if she spoke loudly and clearly -- enough so that I could hear and understand her -- and confidently. We didn't strive for entertainment, but simply to showcase Helen's ability to speak publicly and cultivate her sense of poise.

Throughout the day of the competition activities (Friday), I continued to affirm Helen and tell her how proud of her I was. What she was doing was NOT easy. There were many little girls who didn't say much more than their names into the microphone for their personal introductions. A few girls forgot the very carefully written/prepared bits that someone had worked with them to memorize. One poor little girl had an older brother escorting her during her formal wear exhibition that very clearly wanted nothing to do with a pageant. She was unable to maintain her composure while he sneered and yanked at her trying to get off the stage as quickly as possible.

Friday evening, after dinner and as Helen was about to fall asleep, I told her again how I was proud of her. I reminded her that the next day, no matter what, I wanted her to remember all she had accomplished and find no reason for crying or disappointment. I spoke to her of this at breakfast Saturday morning. And again, during and after the rehearsal for the dance number they taught the girls to perform at the beginning of the pageant finale, I reiterated how much success she had on Friday.

Helen was not called to be a semi-finalist. I watched as she looked around to see other little girls who were upset not to be called to the stage. I wondered, briefly, if Helen would join them with the tears.

But she looked up at me, and took my breath away with her sweet smile as she said, "Mommy, I love you so much." I gave her this huge hug and I told her I loved her and that I was so glad she had fun over the weekend.


IT WAS ALL ABOUT HELEN

We made the weekend all about Helen. We did not bring the entire family. The National American Miss Pageant people said the weekend was "fun for the whole family" but the cost of everything made it pretty clear they weren't talking about a family of seven.

But that is okay. Helen is the kind of kid that needs complete focus and attention from her parents once in awhile. This weekend provided an opportunity for Craig and me to give every bit of our attention to her for 48 hours.

In the end, our goal was to have a positive experience, which meant it had to be all about the fun. I'm not going to say it was easy to do it this way. It took diligence on my part not to get caught up in the competition aspect of everything. 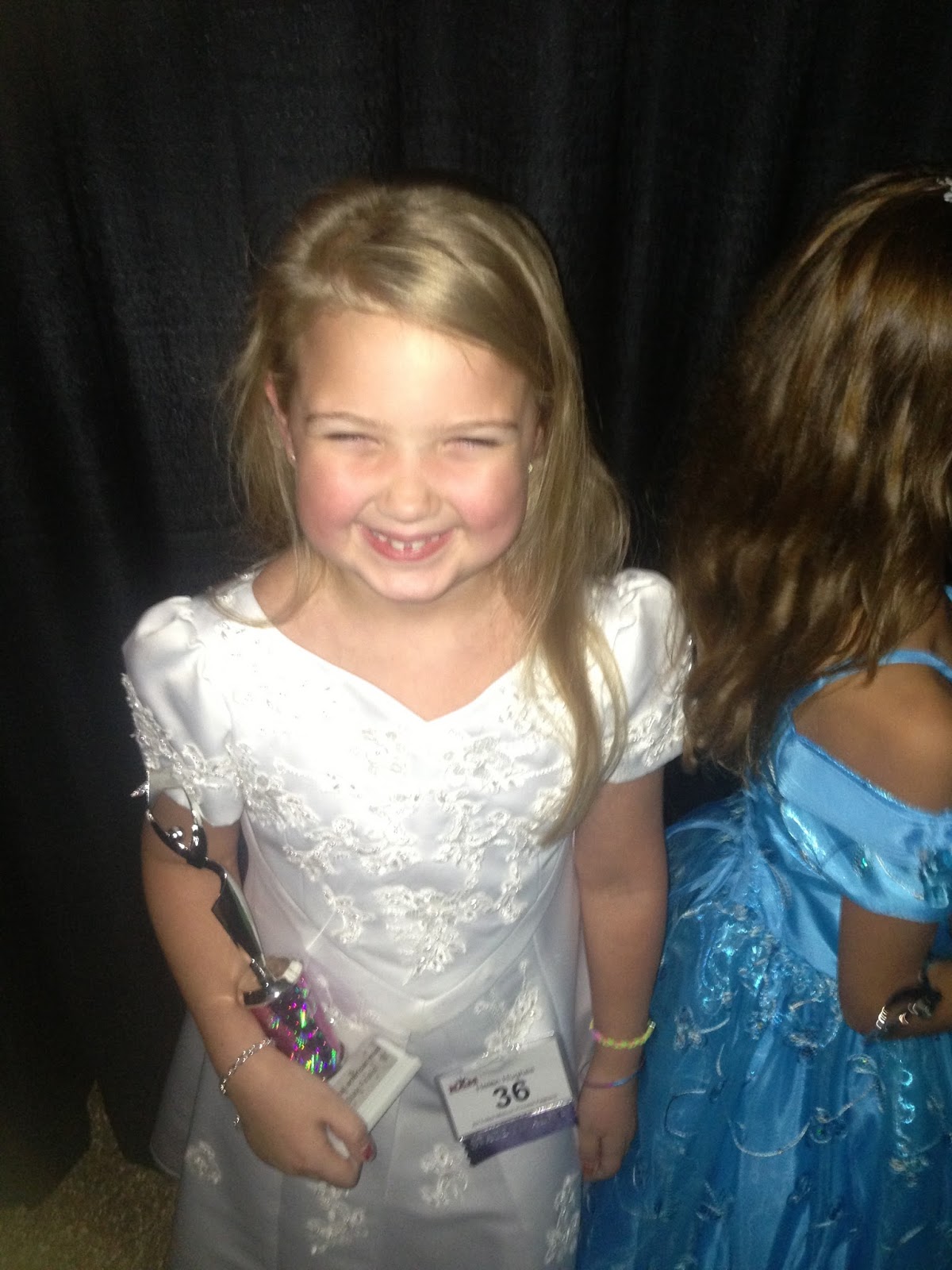 Ultimately, I am glad we did the pageant. Every time my baby was up on the stage doing something, AND BECAUSE SHE IS MY BABY, I thought she was the BEST one of them all! Even though her personal introduction was not designed to entertain, I grinned and laughed and was entertained! Even though we hardly practiced walking around in formal wear before the pageant, I watched and saw my daughter confidently walk out on stage and smile confidently at a panel of judges whom she had never met in her life, AND BECAUSE SHE IS MY BABY, I thought she looked the most comfortable on stage of any of the girls I watched!
For 48 hours, her star shined the brightest and reflected the most in her mommy's eyes.

That is the only thing that mattered to her anyway. 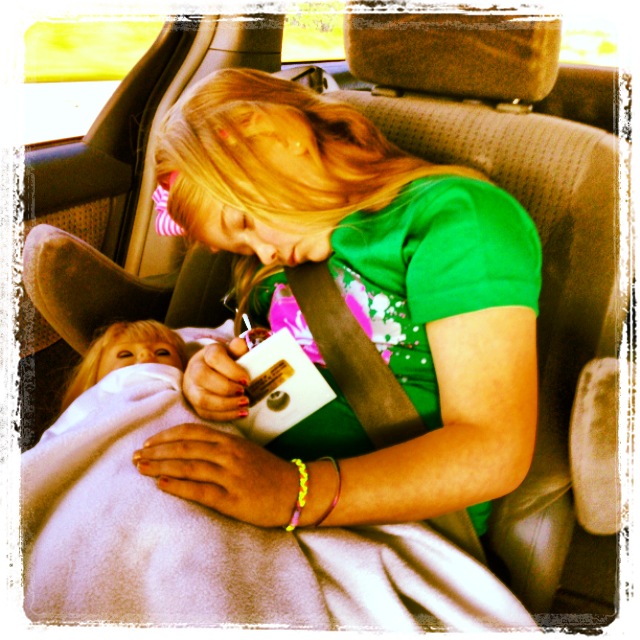