Thank you to Jennifer Fulwiler for hosting!

Maybe you noticed (or maybe you didn't!) that I missed my Weight Watchers Wednesday post this week. Arrggh. You see, Kansas City got hit with Snowpocalypse 2014 this week. About a foot of snow fell between mid-morning Tuesday and early morning Wednesday. Holy Moly, it was a lot of snow! I went in to work Tuesday because my remote token wasn't working, got that fixed and then went home to work the rest of the day. The children were out of school, of course. Even Craig stayed home Tuesday night because it was still coming down and it just didn't seem smart to drive into work. I'm starting to really hate February in Kansas City. This is something like 3 of the past 4 years in February that we've gotten hit with a big snow event. I'm over it.


In case you needed photographic evidence of my mini-rant above...

Based on the forecasted temps for the next week, none of that snow is going anywhere either. Which also means I am forced to remain inside for runs, should I decide to run (hello, treadmill!)

So, since I missed weight watchers wednesday post, I can let you know that on January 30, I did weigh in and was down 0.8 pounds. This made me happy because it meant I was officially under 170 and I haven't been under that in about 5 years!

The sad news is that my week since that weigh-in was not very good. I lost my focus with regard to my eating and then, I ended up getting sick.

No, I wasn't so sick that I needed to stay in bed or anything. But I felt yucky. My head has been hurting for about 4 days now, and until yesterday, nothing tasted good except diet coke and chips. Seriously.

The good news is that I have been drinking only water yesterday and today and am back on track eating and tracking-wise. I missed workouts on Tuesday and Wednesday, but I am getting those back on track, too. *sigh* I guess a big part of maintaining a healthy lifestyle is to get back at it even when things go a bit awry.

--- 5 ---
A friend shared this article about Crossfit on my Facebook wall yesterday. I loved it! It explains well why someone like me loves Crossfit. I have been able to tap back into my inner athlete doing Crossfit and I love that.
Speaking of which -- I think I'm going to sign up for the Open this year. Basically, you do the workouts  at your box with a coach to verify and then you submit your scores online and see where you stack up. I've only just started, but it should be a great way to see where I stand, fitness-wise. 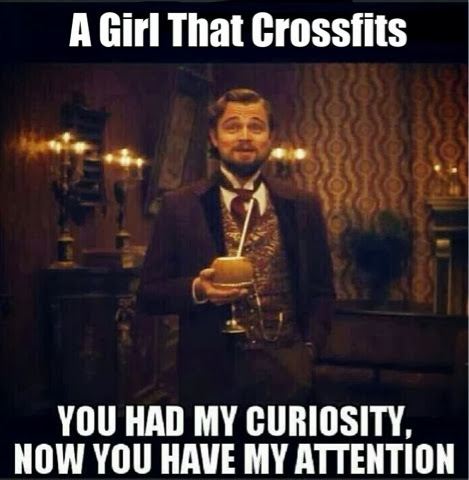 --- 6 ---
The Biggest Loser. Yeah. You know, I was pulling for Rachel to win all season. And I am still glad she won. Yeah, I was a bit shocked to see her when she came out for her reveal in the Finale. I'm not gonna hate on her...I would imagine she was being ultra-competitive and ensuring she was gonna win that $250,000. But, I do hope she will put some weight back on. Most likely she will because it seems that most of the winners do put a little bit back on.

I haven't been a long-time watcher of the show. Last year was my first time and I really enjoyed watching Danni grow and win, ultimately. She came out at 137 pounds and was so muscular and fit! I am sad that I didn't feel that way about Rachel, I thought she looked weak. But like I said, I'm sure she was just ensuring she lost the weight she needed to to win (although, I do believe she over-shot by like 20 or 30 pounds...like she needed to have lost a total of 135 or something and she lost 155?)

Anyway, I think it's interesting the uproar over it because how many people were saying negative things about Rachel being overweight...then she loses weight and people say negative things. I agree, there should be some safeguards against both sides of the eating disorder. If you think about it, obese people have an eating disorder, too. And the mindset that got someone obese, could very well be the mindset that makes them anorexic. Many times a lack of control in their lives is what those who struggle with obesity cite AND those who struggle with anorexia nervosa. So, they control their food (intake or starvation) so they feel in control of something.

Anywho...I just don't know if it's smart that we have this tv show putting all these people under the microscope. It's definitely turned many lives around and that's an awesome thing, but then this season happened and I just don't know that encouraging that sort of outcome is healthy.

Do any of you  have any thoughts on this? 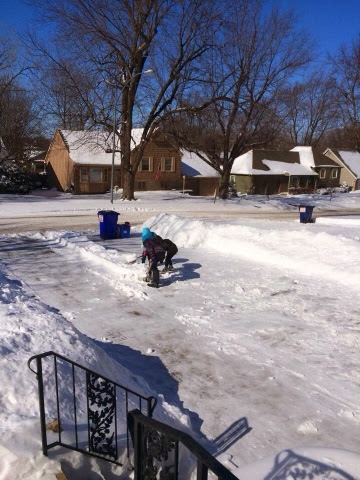 Be sure to go check out Conversion Diary for more 7 Quick Takes Posts!

Posted by Endless Strength at 10:06 AM